A walk down Memory Lane (Stellenbosch Then and Now)

This week at the Oude Leeskamer Guest House we started going through an old file that has been passed along from owner to owner of the Oude Leeskamer building and we found some fantastic photos of the building and the surrounding streets over the years. To share some of this with you we went on a little mission to try and photograph the exact same spots as they look today to show you just how much (or little) has changed in Stellenbosch and at 182 Dorp Street! 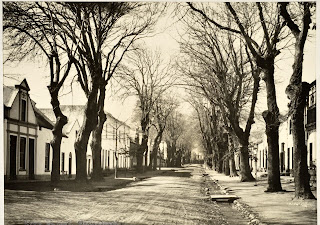 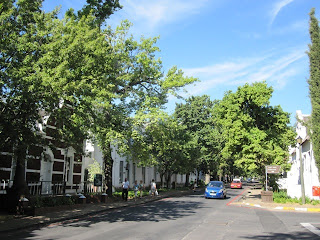 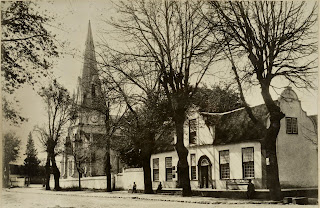 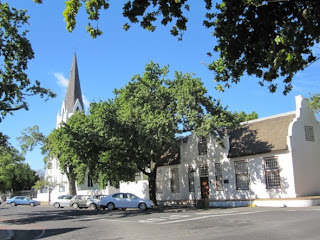 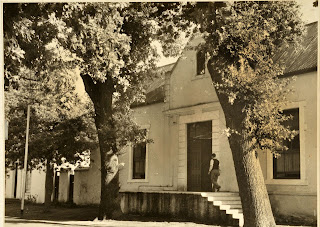 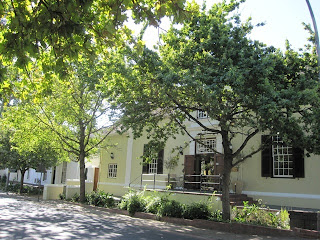 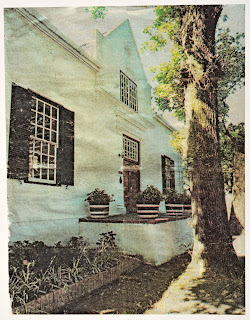 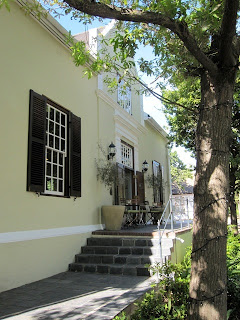 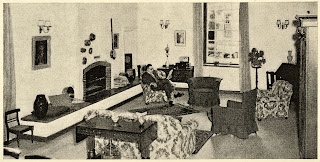 THEN: Oude Leeskamer lounge in the mid 1960's. George Osler (Architect)
sitting in his lounge shortly after he restored the building and converted
it into his private residence.
NOW: Oude Leeskamer Guest House lounge - Novemeber 2010.
Paul de Kock sitting in the lounge shortly after the building was converted
from an Architects Studio into a new Stellenbosch Guest House by
Fred & Jean de Kock. 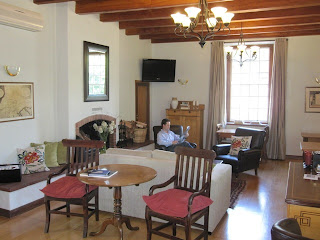 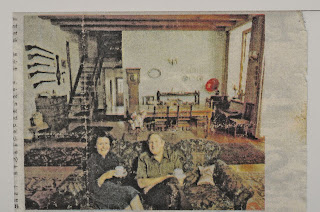 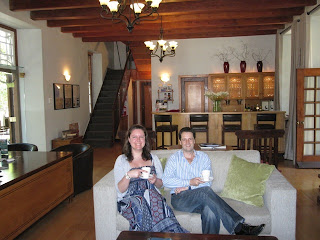 We've had great fun putting these pictures together and we'll be sure to keep these updated and to find more to add to the file! Perhaps the next photo will be an Osler family reunion picture on the couch.


November is already looking very busy in Stellenbosch and the Oude Leeskamer in particular. On top of all the romance we spoke about in last weeks blog, it continued well into this week with more honeymoon couples and even a very recently engaged couple staying with us. Next week we'll be hosting the well known Dutch Orchestra band - Tango Extremo who'll be performing at On Broadway in Cape Town and at the Klein Libertas in Stellenbosch for a couple of nights. We're looking forward to experiencing the fantastic music first hand. If you're in Stellenbosch next week - be sure to head to the Klein Libertas for what promises to be an exciting and fun filled evening.For more information go to: www.kleinlibertasteater.co.za